In L.A. County's fifth largest city, three council seats are up for grabs. Incumbents Paula Lantz and Debra Martin look for re-election (Martin faces Congresswoman Norma Torres’ son) and John Nolte’s decision not to run after one term leaves the District 1 race wide open. The campaign for mayor features divisive two-term incumbent Elliott Rothman facing off against a challenger with an appealing message in Tim Sandoval.

Who are we watching?

Total Voters: 60,310 (all offices are technically non-partisan but registered affiliation is as follows: 51% Dem, 16% Rep, 32% Independent or Other)

What and why we are watching:

Last month, incumbent councilmember John Nolte decided not to seek a second term and left a field of three candidates vying for the position. The district sits in the west and central parts of the city, with one boundary jutting up against the Cal Poly campus and then stretching eastward into downtown. Given that the district is 67% Latino, it comes as no surprise that each of the three candidates on the ballot affiliate with this demographic. Up for consideration are engineering consultant Hector “Tony” Quevedo, current City Planning Commissioner Ismael Arias, and local teacher and member of the Historic Preservation Commission, Rubio Gonzalez. Being a member of the current government, Mr. Arias represents the “establishment” choice among the three and boasts endorsements from Mayor Rothman and current councilmembers Adriana Robledo and Ginna Escobar (both are not up for re-election until 2018). Mr. Arias ran unsuccessfully for this seat in 2012 (coming up 35% of the vote behind Nolte) but did garner the endorsement of the local Democratic Club in that previous race Rubio Gonzalez carries that endorsement this time around..

Speaking of the establishment, District 4 Councilmember Paula Lantz was first elected to the Pomona city council a quarter of a century ago, in 1991. While she is a well-entrenched community figure (she also sits on the boards of Tri-City Mental Health and Foothill Transit), in 2012 she narrowly won re-election by a 90-vote margin.

Recently, Councilmember Lantz’s ethics have come under direct fire for potential illegal use of HUD grants devoted to low-and-moderate-income housing. A HUD Inspector General found that roughly $580,000 in expenses was unsupported and that Lantz may have used her position on the council to benefit a non-profit real estate development firm (which focuses on flipping HUD foreclosures) on whose board she also sits. Lantz has denied any personal gain from her affiliation with the firm, pointing to the fact she’s sat on the board for two decades without any complaint. (Daily Bulletin)

Challenging Lantz’s bid for a seventh term will be two grassroots candidates, Remington Cordova and local nurse Elizabeth Ontiveros-Cole. Ontiveros-Cole has gained the endorsement of the local Democratic Club.

In the city’s northern district, Councilmember and Vice Mayor Debra Martin looks for a second term against local minister George Okekenweje and Robert Torres, son of two-term Congresswoman Norma Torres. In 2012, Martin defeated Torres by a 184-vote margin. However, that race included four additional candidates that split a total of 2,609 votes (Ms. Martin gathered a total of 1,419 votes en route to victory). Given Norma Torres’ popularity and the less cluttered field, an upset could be in the making.

In 2008, Elliot Rothman bested seven other candidates to win the Mayor’s race with a scant third of the total vote. Within 15 minutes of his first council meeting as Mayor, some citizens were already pushing for his recall (LA Times). Pomona has struggled to rebound economically since the 2008 downturn and suffers from long festering problems of ethnic turmoil and homelessness. During his latest “State of the City” address, Rothman boasted about the increased development that the city has experienced in the past few years. Nearly $500 million has been invested into 1.2 million square feet of newly developed industrial space. “That’s probably a typical fiscal quarter in Ontario, but 1,200 jobs is nothing to sneeze at,” said the Daily Bulletin.

Despite the positives of the new Target and Sonic openings, the city’s overall fiscal health looks less rosy. The proposed budget for 2016-17 calls for a $95 million general fund budget that’s roughly $1 million below the current year’s spending. The city had to absorb 2 percent raises, already approved, for police and an increase in the contract with LA County for fire protection. To balance the budget, $1.8 million had to be taken out of the $16 million reserve fund the council had been carefully rebuilding.

While Rothman’s efforts have undoubtedly helped to improve the business climate, he has failed to win over many in the community with his aloof approach, and recent allegations of illegal campaign finance activity have re-enforced the perception of many that Rothman prioritizes business interests above those of his constituents. In an April 2013 op-ed, The Daily Bulletin said, “(we) characterized Rothman as a "less than inspiring" mayor. In retrospect, we overrated him.”

Looking to deny Rothman a third term is Tim Sandoval, Director of Bright Prospect, a program that provides assistance to low-income students to gain admittance into and graduate from college. Sandoval’s platform is light on policy specifics, instead emphasizing a new culture of leadership through “honesty, integrity, and transparency.” (Tim Sandoval).

To get familiar with Sandoval’s uplifting message and personal approach, we highly suggest you watch his speech at TedXClaremont.

Up Next: #21 in which San Diego voters decide whether to Charge ahead? 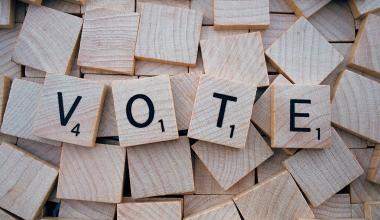 There are 12 statewide measures on the ballot Nov 3, including some with direct implications for local government.